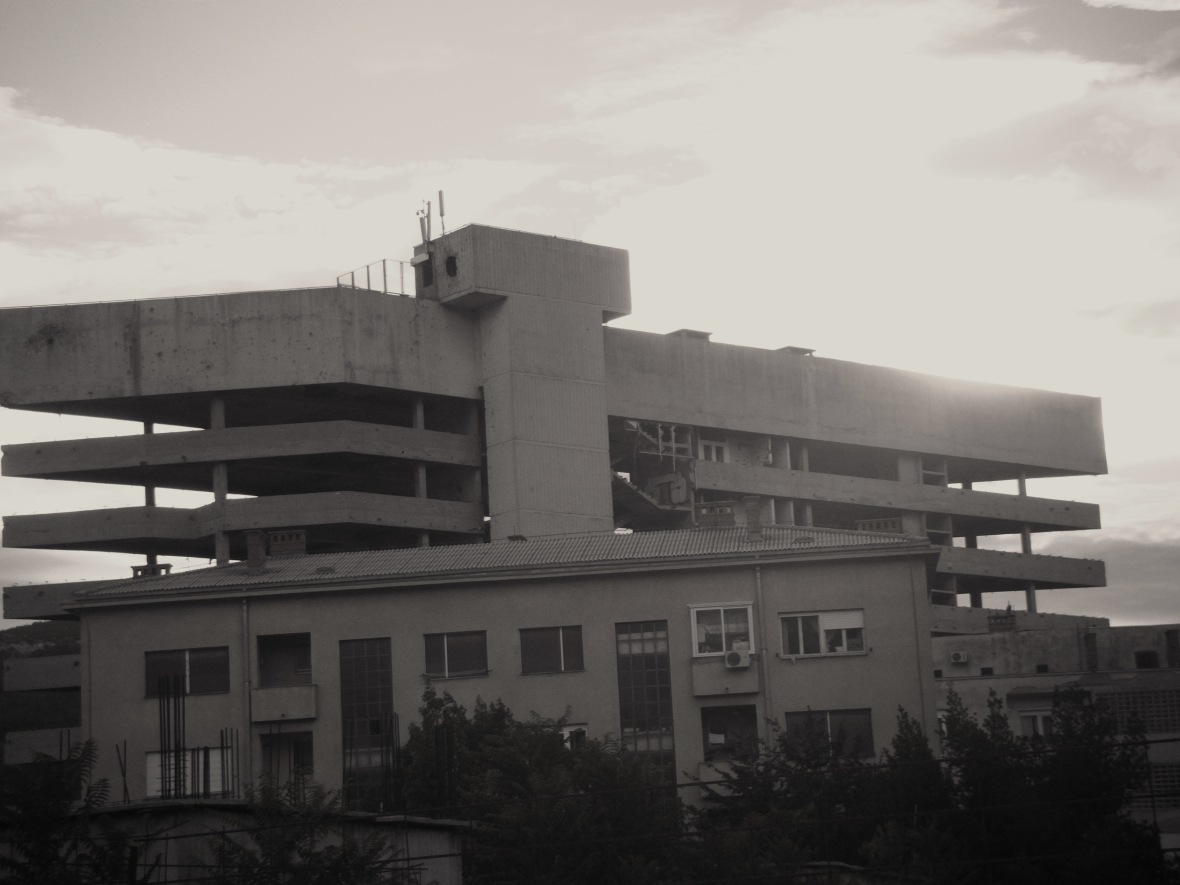 The bank that became a sniper tower
Mostar, October 2011 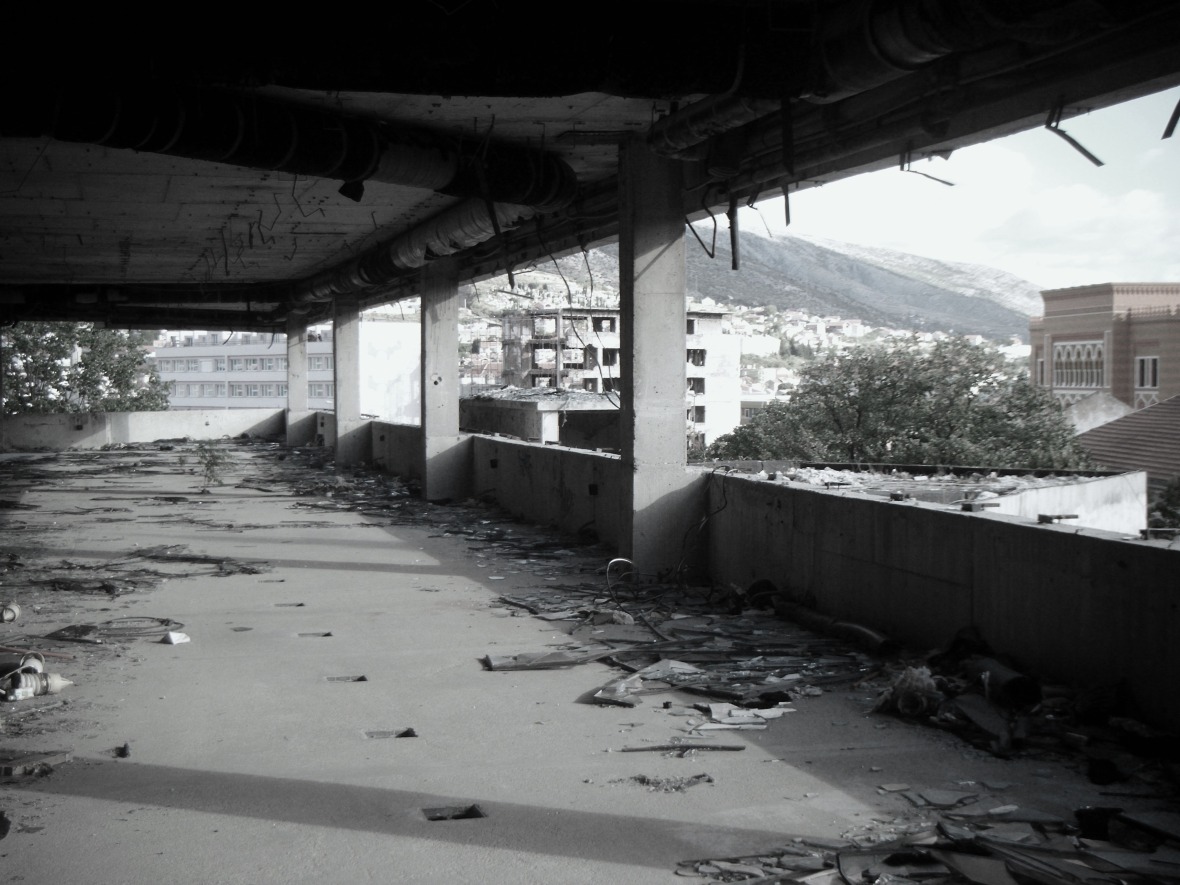 View from inside
Mostar, October 2011

An abandoned bank in Mostar, Bosnia and Herzegovina. As you ascend the now derelict building on the stairs with no sides, you see papers scattered, abandoned, peoples lives torn into many pieces. War broke out and the building became home to snipers. Broken glass litters the floor, untouched, unmoved for two decades, a reminder in the midst of a city rebuilding of the shattering effects of war.

Posted in response to the abandoned challenge.

One thought on “Lingering Look at Architecture: May ~ Abandoned”

Follow Every Photo Tells A Story on WordPress.com
© everyphototellsastory, 2012-2015. Unauthorised use and/or duplication of this material without express and written permission from this blog’s author and owner is strictly prohibited. Excerpts and links may be used, provided that full and clear credit is given to everyphototellsastory with appropriate and specific direction to the original content.
Loading Comments...
%d bloggers like this: